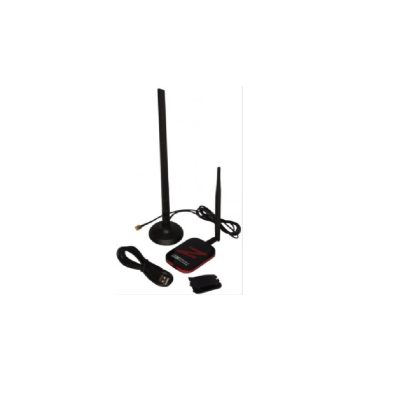 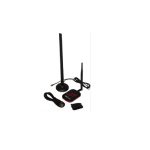 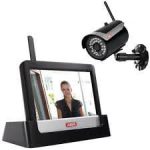 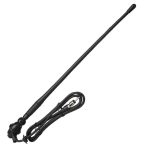 The Z-200 is a multi-purpose Wi-Fi adapter capable of picking up Wi-Fi up to 1km away whereas a laptop without it can only receive up to about 50m. Ideal for Boats, Caravans, HGV’s, Motorhomes, Reps and many other applications. Compatible with all versions of Windows (as far back as 98), Mac OSX and Linux. Complete with a step by step image based user guide to keep the process of setting up as simple as possible. Inside the ‘black box’ is a high power wireless card using the latest in wireless-N technology capable of downloading at a whopping 150mb/s with a total output power of 1000mW which is the is the maximum power legally permitted within europe as well as being firewalled as standard for an added layer of security. It can be tidily clipped onto the screen of your laptop or the clip can be removed at is can remain free standing on it’s 4 rubber feet.Two antennas are included in the package and both are weatherproof. The larger antenna of has a 9dbi gain which lends itself to being externally mounted and gets the most out of Z-200 helping it get that 1km range. The smaller of the two is a 5dbi antenna to be attached directly onto the Z-200 itself either when the 9dbi is mounted semi-permanantly or to be used for shorter range external purposes e.g. in a beer garden.An extension base is included in the package allowing the attennas to be externally mounted in a posistion more prefferable for detecting Wi-Fi. The extension base currently has a 1m cable but a 2m extention cable is also available to increase the antenna cable to a total of 3 meters. The Base comes attached with a felt pad out of the box but also with a magnetic replacement to convert it into a mag-mount. if the external surface is a not magnetic one (e.g. grp or alluminium) you can also get one of our self adhesive roof pads to use as a ground plane.

We use cookies on our website to give you the most relevant experience by remembering your preferences and repeat visits. By clicking “Accept All”, you consent to the use of ALL the cookies. However, you may visit "Cookie Settings" to provide a controlled consent. Read More
Cookie SettingsAccept All
GDPR & Privacy

This website uses cookies to improve your experience while you navigate through the website. Out of these, the cookies that are categorised as necessary are stored on your browser as they are essential for the working of basic functionalities of the website. We also use third-party cookies that help us analyse and understand how you use this website. These cookies will be stored in your browser only with your consent. You also have the option to opt-out of these cookies. But opting out of some of these cookies may affect your browsing experience.
Necessary Always Enabled
Necessary cookies are absolutely essential for the website to function properly. These cookies ensure basic functionalities and security features of the website, anonymously.
Analytics
Analytical cookies are used to understand how visitors interact with the website. These cookies help provide information on metrics the number of visitors, bounce rate, traffic source, etc.
SAVE & ACCEPT
Powered by